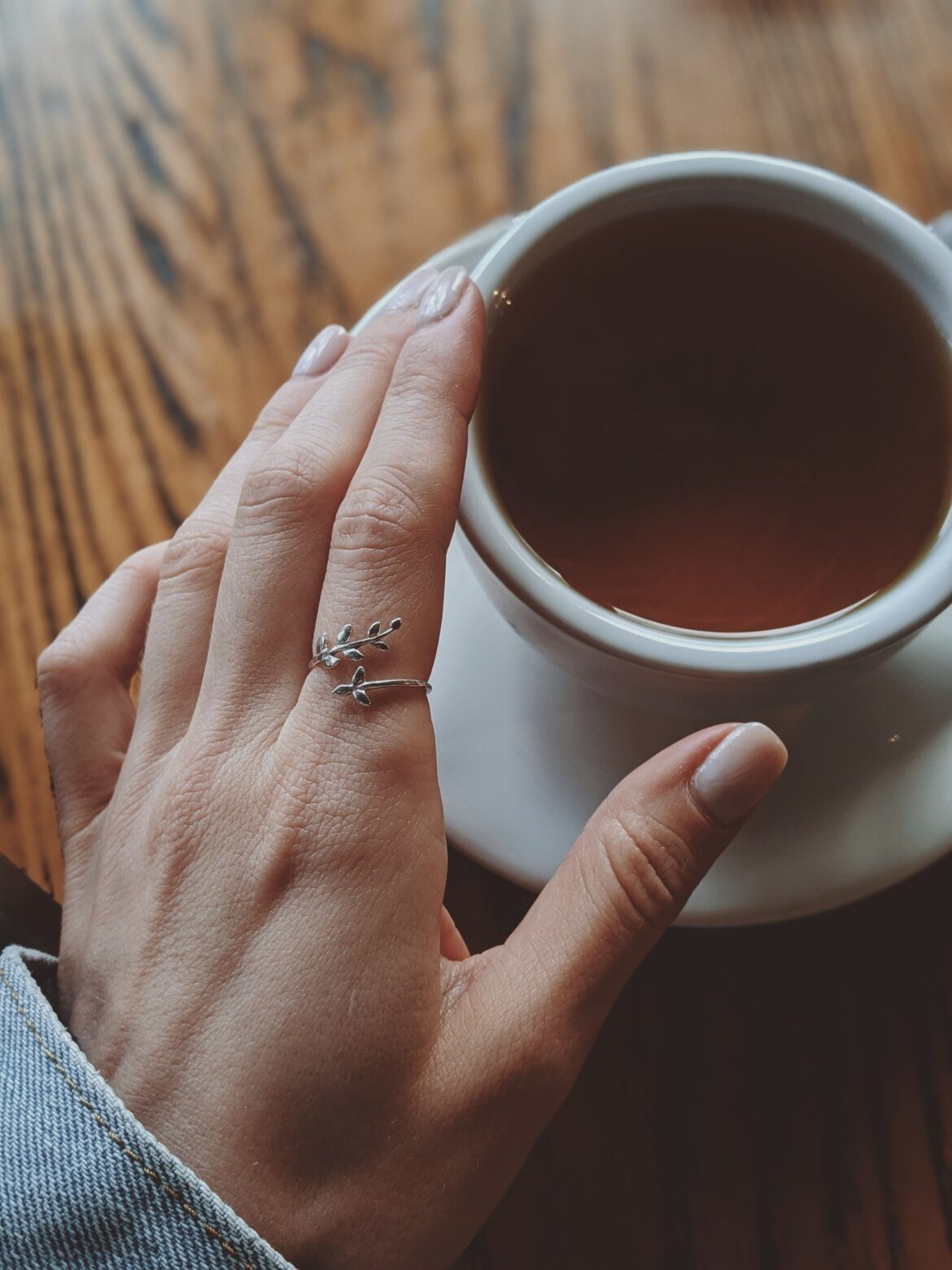 Aside from drinking more water, tea is also known for its nutritional benefits. The FDA has issued warnings about some teas that contain plant-derived laxatives. They have also warned consumers about supplements that contain herb-based extracts, claiming to fight cancer and kill pain. Although some herbal supplements actually have cancer-fighting properties, the benefits of these products are unclear. Others have led to liver and kidney damage and even death.

Amino acids can be found in many different forms of tea, including green, black, and white. Green tea is an excellent source of amino acids and may help to reduce your risk of certain diseases. Green tea is rich in amino acids, antioxidants, and polyphenols, which are all important for the body. Amino acids have a variety of pharmacological effects, and are particularly useful for those looking for a natural way to boost their diets.

Researchers have begun looking at the compounds found in green tea and their impact on health. Recent tests have shown that l-theanine and EGCG contribute to many of the benefits of the beverage. Some of these compounds can even help reduce your resting heart rate, which may help with insomnia and generalized anxiety disorder. However, researchers are not sure exactly what role these amino acids play in human health. For now, it’s important to remember that green tea contains caffeine, which is known to help increase alertness and mood.

Green tea also contains antioxidants known as catechins, which can protect the body from degenerative diseases. Studies show that people who drink green tea regularly have lower rates of various cancers. Some researchers have even shown that drinking green tea can increase the ability of the brain. This could help prevent neurodegenerative diseases such as Alzheimer’s and Parkinson’s, which affect dopamine-producing neurons. For the most part, green tea may boost your memory and improve your mental and physical performance.

Studies show that green tea has a higher level of antioxidants than other types of tea, such as black or oolong tea. Green tea is more lightly processed than other types of tea, which may contribute to its high nutritional value. Additionally, it has been used in Chinese and Japanese medicine for centuries. The higher levels of amino acids are a great way to keep your body healthy and fight aging.

Also Read:  Skin Damage and Skin Cancer - Are Your Problems Related to the Sun?

There are many benefits to drinking honeybush tea, including its antibacterial and antiviral properties. Besides aiding in the prevention of illness, honeybush tea can also aid in the treatment of common cold and allergies. Antioxidants in the tea can boost the immune system and reduce blood fats. Antioxidants also have cancer-fighting properties, making them beneficial in many ways. This tea is rich in vitamin E, which makes it an excellent beverage for anyone who is looking to improve their health.

The antioxidant properties of honeybush tea are attributed to the presence of xanthone mangiferin, the major polyphenol in honeybush. Mangiferin inhibits a-amylase activity in human pancreatic cells and increases insulin secretion. Additionally, the tea improves glucose tolerance in type 2 diabetic rats. It is important to note, however, that studies on the effects of honeybush tea are still in their early stages.

Rooibos tea is often promoted as a potent antioxidant, capable of slowing down the progression of cancer. The plant, also known as redbush or African red tea, is native to the Cederberg region of South Africa’s Western Cape province. Researchers at Africa Check have debunked these claims and confirmed that rooibos contains powerful antioxidants.

Thousands of hectares are under cultivation for this popular beverage, which is produced on a large scale in South Africa. Around half of the plant’s production is consumed in South Africa, with the rest exported to Japan, Germany, and the Netherlands. Despite the benefits of drinking the tea, some companies are hesitant to tout its cancer-fighting potential. US and EU regulations prohibit such claims without solid clinical evidence. Instead, rooibos products can refer to antioxidants and the absence of caffeine in their packaging. But they cannot boast about the plant’s healing capabilities.

Also Read:  Why Do People Smoke?

The aromatherapy properties of lavender tea may have a short-term effect on sleep. Drinking it at least two hours before bedtime can induce a relaxing state. It is best to use high-quality herbs and choose higher-quality ones to avoid unpleasant effects. Lavender has calming properties and may be helpful for a wide range of ailments. Lavender is known for its relaxing effects and can help alleviate muscle spasms, improve digestion, relieve insomnia, and balance your mood. It contains calcium, iron, vitamin A, phenolic compounds, and potent terpenes that can reduce inflammation and improve sleep.

Researchers have found that lavender tea can help people with anxiety and depression. They have conducted a randomized control trial and found that lavender tea reduced the levels of depression and anxiety compared to a control group. More research is needed to confirm the benefits of this drink. It is an excellent alternative treatment for a variety of ailments, from insomnia to chronic pain. For its calming properties, it may be best to start sipping a cup before bedtime.

A study conducted in Taiwan used the hypnotic effects of lavender inhalation to evaluate the benefits of this drink on sleep quality. Lavender aromatherapy is also said to boost positive feelings of bonding between mother and infant. The therapeutic effects of lavender tea on anxiety, depression, and fatigue have been investigated in Taiwan. These effects may have a lasting effect on the quality of sleep and the bonding between the mother and child.

The effects of lavender tea are largely beneficial, but there are some risks. It may interact with certain medications and sedatives. In addition, it may increase the duration of sleep. Therefore, it is important to discuss potential interactions with your doctor before drinking it. Those who are allergic to lavender should avoid drinking lavender tea altogether. It may also cause throat irritation and difficulties breathing. If you are a pregnant woman, you should consult with your doctor before drinking it.

Also Read:  Most Common Workout Mistakes Everyone Should Avoid

Many people wonder whether Valerian root tea will improve their sleep. There are some precautions, however, before trying it. Valerian is a sedative, so it may interact with some medications, such as alcohol or barbituates. Pregnant women and children under three should avoid valerian because it can cause nightmares. Although not studied enough to make a final recommendation, the American Academy of Sleep Medicine advises against using it for insomnia.

Some alternative healthcare providers believe that valerian root can alleviate a number of different health conditions, including anxiety, depression, and headaches. Some people take it for menopause symptoms and post-exercise muscle pain. But the scientific evidence on the benefits of valerian root is mixed, and no one knows how it works. One study looked at 1,602 adults who suffered from insomnia and found that valerian did not improve sleep. It’s also touted as a natural, safer alternative to prescription drugs for anxiety, including Xanax and Klonopin.

Some people find that Valerian root tea can help them relax and fall asleep faster. In addition, it helps reduce anxiety, and it can even help people who suffer from chronic stress. It helps increase the level of GABA, the hormone that regulates mood, and decreases stress. This makes sleep more relaxing and less erratic. Even smokers who’ve had trouble quitting can benefit from Valerian root tea. The benefits of Valerian root tea are well documented.

For maximum benefits, you should drink a cup of Valerian root tea at least an hour before bedtime. It’s possible to drink up to 3 cups of valerian root tea per day, and the effects of the herb may take two to six weeks to see. Valerian root has some side effects, including dizziness, headache, and stomach problems. However, there are many benefits to drinking this herbal tea for insomnia.