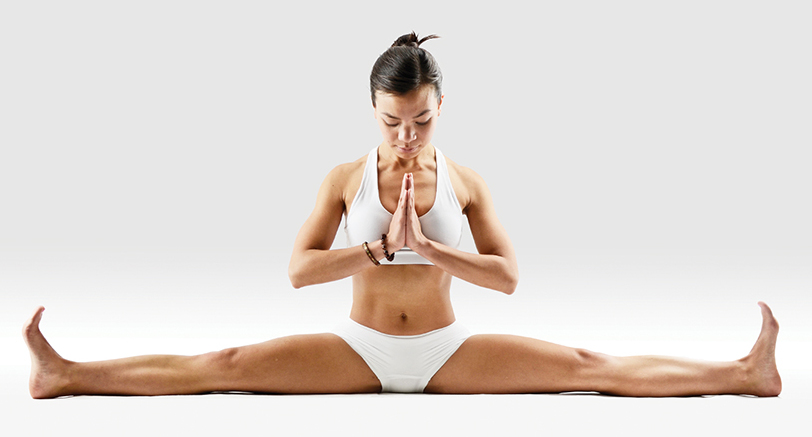 Yoga, an ancient Indian practice, has gained a foothold all over the globe today. Many people turn to yoga to switch up their fitness routines while some practice yoga to deepen their spiritual journey by cultivating self-discipline, awareness and connecting to their higher consciousness; thus, making every journey uniquely personal yet macrocosmic.

In the Gita, Lord Krishna defines yoga as “Samatvam Yoga Uchyate” which translates into ‘balanced state (Samatvam means balanced; Uchyatemeans said to be)’. As per scriptures, yoga calls for the union of individual consciousness with that of the Universal consciousness, thus bringing about a perfect harmony between the mind and the body; or a balanced approach to life, both material and spiritual. According to the yogic lore, Lord Shiva is known as Adiyogi or the first yogi, and the first Guru (teacher) of yoga.

Apart from the spiritual and philosophical approach, yoga has numerous health benefits for everyone, irrespective of age and gender. These benefits are widely documented, and the regular followers swear by it.

As time went by, various forms of yoga have emerged, and some 30 or more types of yoga are now being practiced. This article will explore the 5 common types of yoga practiced and the benefits offered by each. You could read on and check which methods suits you and best suits your needs.

Vinayasa Yoga is an offshoot of Ashtanga Yoga, which involves a series of poses/asanas strung together in a sequence or flow; thereby by coordinating the movements with breath. There are a lot of variations that are practiced in these classes. The flows do have potential to be demanding which makes it an apt choice if one is willing to work hard and break a sweat. The medium to fast paced flows increases your heart rate thus providing a moderate cardio-like workout resulting in toning of muscles and moderate fat loss.

Hatha can be broken down into ‘ha’ which means the Sun and ‘tha’ which means the Moon; hence Hatha Yoga means balancing the Solar and Lunar energies in the body. This branch of yoga is a more of a preparatory process. Hatha yoga lays emphasis on controlled breathing and body postures and holding those postures for some time. Simultaneously, it also focuses on mindfulness and relaxation, thus enabling a deep understanding of the body and mind. According to Sadhguru, “Hatha Yoga is the phenomenon of aligning the human system with the cosmic- a way to hold one’s system in a way that it will become a receptacle to receive and hold the entire cosmos”.

In this form of yoga, the order of asanas ispredefined; unlike the other forms. Every practice consists of  four parts: the opening series( which consists of Sun salutations and some standing postures which has some forward folds, twists and balances ), a main series (this consists of forward folding, a set of seated postures, hip openers and twists. There are few Ashtanga Vinayas flows to choose from as well.), back-bending postures and finishing sequence (backbends, shoulder stands and headstands) and this is practiced six days a week! As you advance, the instructor changes the intensity level and adds on extra postures to your series. Each session can last upto 90 minutes.

Also Read:  Most Common Workout Mistakes Everyone Should Avoid

This vigorous form of yoga is practiced in a warm and humid studio. One can find many types of Hot Yoga classes; of which the Bikram style is widely popular. The Bikram style was founded by the now defamed Bikram Choudhary, where the room is heated upto 40C and the humidity is maintained at 40 per cent. However, there are few differences between Hot yoga and the Bikram Yoga. Both these forms are practiced for 90 minutes per session. While Bikram Yoga follows a fixed sequence of 26 postures, Hot yoga practices varied asanas in varied flows. The studio temperature for practicing Hot Yoga is lower than that of Bikram Yoga (between 27-38C). It is important that one is well hydrated before attending any of these sessions. It is also advised that one shouldn’t eat too much before any session.

This form of yoga is named after its founder B.K.S Iyengar. Iyengar Yoga is developed from the classical Hatha Yoga. In this form, a great deal of attention is paid to the alignment of poses so that the mind is kept drawn inwards while maintaining its connect to reality. It majorly focuses on the three aspects of alignment, sequencing, and timing. In alignment, the intended pose is maintained while respecting the boundaries of the body. It encourages the use of props like pillows, bands, blocks, chairs, blankets etc to achieve effective balance between breath, body, and mind, without putting the student at risk of injury.

Apart from the abovementioned 5 forms, there are few other popular forms like Kundalini Yoga, Yin Yoga, Power Yoga, Prenatal Yoga, Jnana Yoga and Sivananda Yoga, which we would cover in another article.

Meanwhile, do let us know which of the above forms is best suited to you!