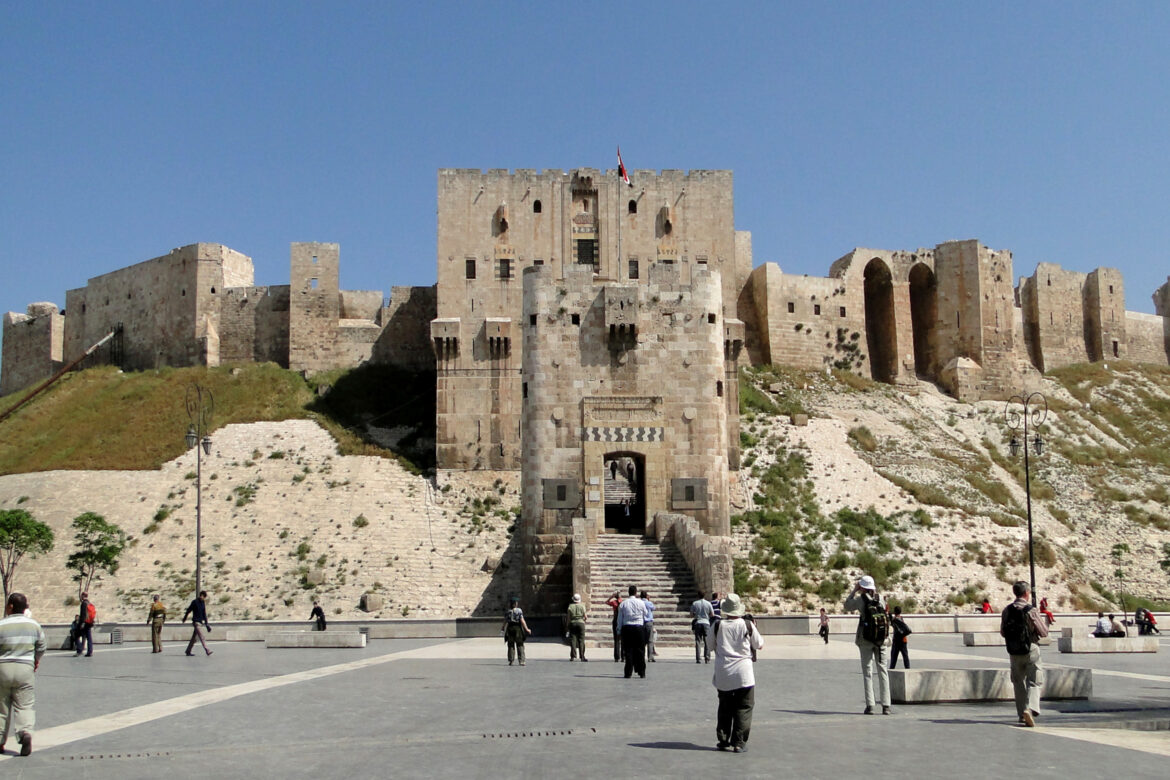 Out of all the staples of history, castles (especially European castles) stand out as incredible structures that anyone can visit. We are talking about ancient castles that were initially mostly built as fortresses. Their main goal was to protect people against enemies.

All throughout history, several castles were built and many of them still stand right now. In part, this is because of countries working hard to preserve or repair them when they were damaged.

If you want to visit some of the oldest castles in the entire world, those below definitely have to be taken into account. If you do have some other castles you would like to recommend, make sure to let us know in a comment. We would love to hear your opinion. And, maybe we lost something along the way.

Just as the name implies, Rochester Castle is located in Rochester, Kent. It was built around the late 1080s at the request of William II. The goal was to take command of the local river crossing and the work was done under the watch of the Bishop of Rochester.

We are talking about one of the earliest castles in England’s history. And the tallest building like this that survived in England.

Rochester Castle’s great keep was built by the Cantebury Archbishop, with construction work starting in 1127. During the nineteenth century, the castle ended up going through serious repairs and now it is open for those who want to see it.

This castle was established in the year 1180 and is located in Killyleagh, which is in Northern Ireland. It is the main attraction in a small village and King James I was the one that gave the land to James Hamilton. He built courtyard walls and a simple castle with one tower.

Also Read:  How To Choose A Great Pet For Your Family

Ever since 1625, the castle housed the Hamilton family. Henry Hamilton rebuilt it in 1666. He added one more tower and extra fortified walls. What you can visit now is what he built as it still stands.

Originally, this was an Arab fortress. It was built over a Roman fort’s remains during the early 12th century. In fact, the earliest records mention it around 1120 as it was conquered by Alfonso VI. Then, when Alfonso VIII was the ruler, he moved with his wife to the castle and made it the main residence. This is what led to the castle we see today.

As time passed, Alcazar of Segovia did maintain its status as an important fortress until it was decided that the capital will be moved to the city of Madrid. After being restored in 1882, it was Alfonso XIII who gave up ownership of the castle. The Ministry of War became the owner and used the fortress as an important military college.

Located in Salzburg, Austria, the castle was established in 1077. It was initially the work of Gebhard I, the time’s archbishop. Unfortunately for him, he ended up exiled. But, the fortress was completed by the successors. As the Roman Empire ruled, the castle kept being expanded by the Salzburg archbishops. The goal was to protect personal interests and power. The fortress ended up being completed in the 1500 under the supervision of Archbishop Leonard von Keutschach.

What is interesting is that although the castle was initially a fortress, it was only sieged one time in 1525. During the nineteenth century, the Hohensalzburg Castle was refurbished and practically turned into a tourist attraction.

During the ninth century, the royals did have a residence at Windsor. Even so, a new castle started to be built around the year 1070. After King Henry I’s reign, the reigning monarch of England started using the castle. This makes it a very long-occupied European castle.

Bailey and motte were initially used for the castle. Eventually, this was replaced with the use of stone fortifications. As Henry III became the ruler, a highly luxurious royal palace was constructed and it was Edward III who rebuilt it so as to make it grander. The English royal family still owns the Windsor Castle.

During the sixteenth century, the castle ended up falling into disrepair. Repairs were not done and it was only in 1978 when Tussauds Group, which bought the castle, started doing restorative work.

Ezzo, a Palatinate count is believed to be responsible for building the Reichsburg Cochem around 1000. We see early documentation in 1051 as the castle was given to count Henry I, Palatine’s nephew.

King Konrad III conquered the castle, making it an Imperial one in 1151. Then, Louis XIV’s troops destroyed it in the year 1688. In 1868, Louis Frederic Jacques Ravene restored it with the use of the beautiful Gothic Revival style. Ever since the year 1978, the Reichsburg Cochem was under the ownership of Cochem city.

Located in Syria and only partially standing right now, the Citadel of Aleppo is a huge castle and one of the oldest, having been built around 3000 BC. In 1986, it was officially named as a UNESCO World Heritage Site. However, most of the structure you see right now was built around the twelve century thanks to the work of the Ayuubid dynasty.

As the early 2000s hit, a collaboration between the Aleppo Archaeological Society and the Aga Khan Trust for Culture started with the purpose of performing extensive castle conservation work. But, the truth is that this citadel was highly damaged because of the Syrian Civil War. It is a shame to see such a marvel of history affected and there is always the possibility that it will never be rebuilt.