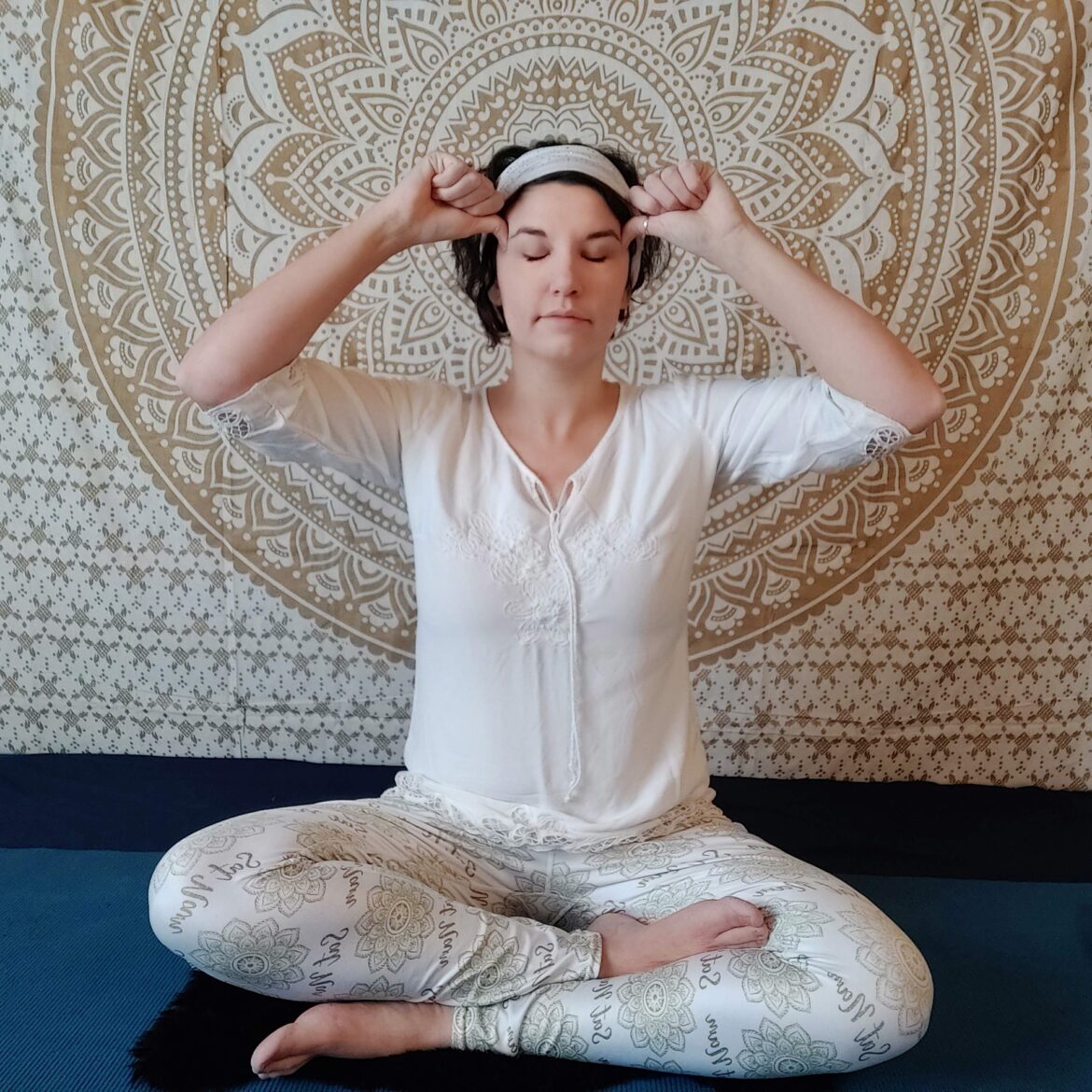 “The Supreme God is thus the embodiment of pure Consciousness” – Sri Ramanada-, Tripura Rahasya: The Secret of the Supreme Goddess.

Today, most of us are aware of the Kundalini, the chakras and the thoughts, beliefs, and practices around it. Many people also attempt several ways to awaken the “Kundalini” either with the help of a Guru or sometimes on their own. A section of the society also resorts to Kundalini Kriya, Kundalini yoga, meditation, and pranayama to do the same. Some achieve it while some don’t; and many a times things just go wrong and the person ends up being paranoid, confused and many other things.

The awakening of Kundalini, its effects, its dangers, and the myths surrounding the same is a vast topic.

This article concentrates only on the ways to awaken the Kundalini energy within each one of us. And yes, even though there are many ways to go about it, each person’s journey or experience is unique.

Before getting into ways to awaken the Kundalini energy, it is important to know what exactly we are dealing with. So,

What is exactly Kundalini Shakti (Energy)?

To begin with, Shakti is Shakti whether it is Kundalini Shakti or any other form of Shakti. In other words, Energy is Energy.

Kundalini Shakti which has many names like, The Serpent Power, The Inner Goddess, simply refers to a dormant energy that lies “coiled” 31/2 times at the base of the spine or the sacrum bone. Yogis refers this seat of Kundalini as “Mooladhara Chakra” ruled by the Earth element.

I would like to mention here that in Sanskrit, the word “Kundal” means a coil and therefore Kundalini got translated as “one which is coiled”. This has been the conventional belief. However, the meaning has been incorrectly understood or let’s say misunderstood.

The word Kundalini originates from the word “kunda” which means a “deep pit or cavity”. For example, in the Hindu tradition, the sacrificial fire pit is referred to as ‘Agni kunda”.

Another interesting comparison: Kunda can also be referred to the concave cavity in which the brain is situated, and it resembles a coiled and sleeping serpent; the vertical section of the brain.  (Just for fun, do look up for any image that depicts the vertical section of the human brain and you will see that it pretty much resembles a snake curled upon itself or coiled).

Also Read:  The most significant differences between Windows 11 and Windows 10

When this energy manifests, each individual can give it names according to the manifestation it displays or exhibits before you. For example, you could call it the Divine Feminine or Kali or Durga, based on who and what you relate it with.

In Christianity, the Bible refers to the phrase “The Stairway to Heaven” which can be correlated to the ascent of Kundalini.

As we all know that the ultimate goal of every form of spiritual life- one might call it moksha, samadhi, nirvana, liberation, communion etc, does point to the awakening of the Kundalini.

I also mentioned that this dormant energy remains coiled “31/2” times. This too has a meaning to it. Here, the sacred number 3 stands for the 3 states of mind: the conscious, the subconscious and the unconscious mind. It can also be associated with the three states the human beings live by: awake, asleep, and dreaming. The “½” symbolizes the “transcendent consciousness”- which has been described as a state of bliss, enhanced awareness, wisdom, and divine love.

The number 3 also stands for the Past, Present and Future– which stand for the linear consciousness and the half denotes the transcendence of linear time. There are also a lot of connections that have been established in the ‘Revelations”. (This can be a topic for another time).

Now that we have a general idea of this powerful dormant energy in each one of us, listed below are some ways to ‘awaken the Kundalini’.

According to Patanjali Sutra, Pranayama is defined as:

In this, Tasmin means the state of asana or posture.

As opposed to the conventional belief, Pranayama is not just breath control but instead it is controlling “prana” the universal life force through “ayama” which means to lengthen or regulate through breath.

Pranayama involves several breathing techniques through the nostrils in specific patters, retaining the breath and then exhaling. There are several types of pranayama that can be practiced: Brahmari Pranayama, NadiShodhan, Ujjayi breathing and Bhastrika Pranayama.

Here, it is very important to observe your breath; is it shallow? Or deep, smooth, or choppy?

Choppy breath is often a sign of distress while a deep breath which supplies a good amount of oxygen to the brain, indicates that all is well.

Pranayama is the quickest method to awaken the Kundalini, although it requires a lot of practice. It creates a heat in the body which awakens the Kundalini Shakti when properly directed. Additionally, Pranayama also includes the practice of the three Bandhas; the Moola Bandha (root lock), Uddiyana Bandha (abdominal lock) and Jalandhara Bandha (chin lock), which help in directing the dormant energy upwards.

Pranayama can put the practitioner through various experiences, and one has to be prepared to face it.

This is one of the safest ways to awaken the Kundalini Shakti. I firmly believe that this is the first approach one must take while trying to awaken the dormant energy.

Mantra is defined as a sacred syllable, which has the power to unleash one’s spiritual potential. To awaken the Kundalini, Mantra Japa, which means repeating the mantra daily for a certain number of times, has been an ancient technique practiced by seers and rishis to awaken the Kundalini Shakti.

In today’s day and age this isn’t very easy to practice as it is a Sattvikform of practice which requires a pure mind. This is a slow and steady practice to awaken the energy. It is said that Raja Yoga can be taken up as a form of practice only after practicing Karma Yoga (means yoga of work or action), Bhakti Yoga (which means yoga of devotion) along with Hatha Yoga.

For those who find Raja Yoga difficult to practice, Kriya Yoga is the next best, slow, and safe option to awaken the Kundalini Shakti over a period of time. However, Kriya Yoga requires a well learned and authentic Master to initiate one into this form of practice. Today, there are several practices associated with Kriya yoga which involves rotation of breath along the different Chakras which leads to the activation of the Nadis, Chakras and finally the Kundalini.

Also Read:  Healing Crystals - What Are They and Do They Really Work

Here, one surrenders his/her life in Bhakti (devotion) to the form of God he/she likes; otherwise known as Ishta Devata. This form of yoga takes the path of absolute faith and surrender to the pure love for God.

“Tapah” means heat and this is where the word “Tapas” is derived. This practice involves purifying of the body, mind, and soul. This form of practice usually surfaces our dormant impressions which might lead to several emotional or mental imbalances. It takes a lot of determination to withstand this process and understand that this is a cleansing process and it won’t be easy. It can get violent and the practitioner might find it difficult to deal with it. One might see various visions from the unconscious mind. It has been said that few also develop some supernatural powers or siddhis.

Now, there is a lot of secrecy around this practice. Here, one needs to understand the divine principle of Shiva and Shakti. Normally, males tend to manifest the principle of Shiva and women that of Shakti; and the union of these two forces can awaken the Kundalini. This should not be misunderstood as a path for “pleasure”. This practice is for people who have risen above their primal desires and passions. Again, this practice requires a pure mind.

Apart from these, today a lot of other forms of practices are being followed to awaken the dormant energy within us –

While trying to awaken this dormant energy, one must keep in mind that it isn’t going to be all sunshine and rainbows. Awakening this energy is nothing short of quantum leaps in pure awareness and spirituality.

According to Swami Sivananda–