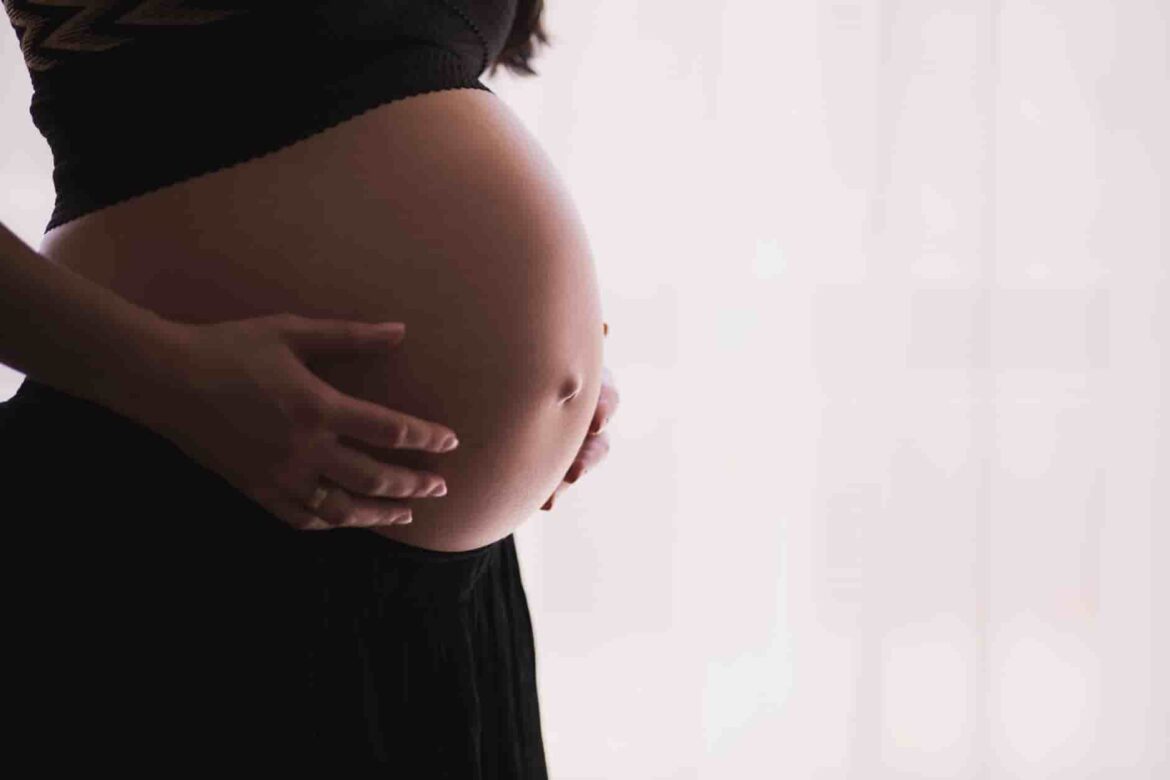 Most of the parents have a tough time dealing with their teenage children; their change in behaviour, mood swings etc. and when you find out that your teenage daughter is pregnant, not only are you shocked but also you find your head spinning with all sorts of emotions. Many a times it would be the first time you realize that your child is sexually active! Wrapping your head around that itself could be difficult; and adding pregnancy to it, you might feel a maelstrom of emotions like anger, disappointment, sadness, fear, embarrassment, failure as a parent and in very rare cases, excitement.

It is not simple to handle teenage pregnancy. Apart from the overwhelming emotions, there might be several questions like: Who is the father of the child? How did this happen?  What will the society or other people think? What does this mean for your daughter’s future?

And all this is expected because you were definitely ‘not expecting’ this situation.

The thing here is that you are angry. Period. And in most cases the father is all ready to go have a “word” with your daughter’s boyfriend!

So, what do you do now? How do you handle teenage pregnancy?

For starters, as they say- ‘take a deep breath’. Isn’t that the mantra for all parents?

Listed below are few tips on how to handle teenage pregnancy:

1. What to do or what not to when your daughter breaks the news

It is especially important for a parent to realize that even your daughter might not have wanted this to happen. You are going through a roller-coaster of emotions, but imagine her plight!

How frightened she might be. Not only frightened but ashamed that she disappointed you. Extremely scared of how you would react. And the humiliation to add to it. She decided or made an adult choice of having sex, but she must have not thought that she might end up pregnant (despite all the lessons or know-how on having safe sex or using contraception).

The best way to start is by bringing your emotions under control. This is not about you; it is about your child.

Explain to her that she needs to steady herself and accept the consequences. It is ok to let her know as to how you feel about the situation (like you are angry, she has broken rules, you are disappointed), but do it in a subtle way. Lashing out is not the way to go. Threatening to kick her out of the house is the worst thing to say at this time as you might end up endangering both your daughter and the child that is growing in her. Blaming or insulting your child is no way to handle the situation.

So, I would say, just bite your tongue and focus on how to deal with it. And the fact that she is still living with you means that you are partially responsible for the wellbeing of the child growing in her.

Now this is a task for the parents as there is just no excuse to what she has brought upon herself and you. But stay calm- and hear her out.

Yes, it is simple that she wasn’t careful, but your daughter might have different reasons or excuses, which most likely might sound simply stupid and irresponsible. Despite that, it is crucial to understand where she is coming from and making sure that both parties understand each other. There is no better way than this to handle teenage pregnancy and the stress it brings along.

Simply imagine being in her shoes!

I would also like to add that as parents you need to make sure that the sex was consensual. Make your child comfortable enough that she tells you how and what happened. And if at all you get a hint that it was not consensual or that she was tricked or forced in any way then obviously you need to take the legal route. Do not try to cover it up.

3. Allow yourself to grieve.

Yes, and yes. Do that, but not in front of your daughter. Do it when you are alone. If possible, make sure that even your partner doesn’t see you in that state. It would simply add on his despair.

Vent out your frustrations by crying or shouting or getting drunk; whatever sails your boat (refrain from violent outbursts and breaking things). While venting out you will realize a lot of emotions and questions arising. It could be something like: What is going to happen to her education and future? Will my baby be able to handle this? Will the father of the child and his family accept the situation? Will they take responsibility as well?

It is natural. Make sure that you do not go into the guilt mode where you think that you were not a good parent or that you didn’t raise your child right.Don’t be ashamed that your friends and family members would judge you as a parent.

Remember, she had a choice and she made hers’.

4. Now it is time to step up and support your daughter.

Now that you have decided to handle teenage pregnancy (you might be still be slightly fuzzy), it is time to show unconditional love and offer support to your child. Let your daughter know that you will be right next to her in her journey.

Here, you might be tempted to tell her that you will support whatever she decides. While that is a beautiful thing to say at that time, it might also make your child feel that she might have to do all the decision making herself. You don’t want that. It would simply add to your daughter’s stress.

Reach out to support groups or any relative or friends who you trust and who could give valuable suggestions which you might have overlooked or not thought of. It is now time that you discuss about the journey. Let her know of the options available to her, such as marriage, giving up the child for adoption, being a single parent, how to continue with education in this circumstance etc.

It could also be possible that your daughter might not be too comfortable talking to you about everything (for various reasons). Do not feel dejected. If you feel that your daughter needs guidance, look for a good counsellor and set up an appointment.

Also Read:  Why Is Homeschooling Something To Consider For Your Children?

5. Time to talk to the child’s father.

It is so easy to think that it is mostly the guy’s fault and that your child is a victim. It could be correct in some cases. So, listen to what the guy has to say. It is natural that as a parent you might want the boyfriend to take responsibility of both the mother and the child. But that might not always happen. You need to make sure whether your daughter wants him to be around or whether she doesn’t want him to be a part of her life. In the same manner, make sure what he thinks about the pregnancy. Whether he is ready to accept the responsibilities or is he still dealing with this shock. Try and understand the guy. Look for signs- does he care about your daughter or is he disinterested.

If you like the guy, then it is best advised to get to know him and his family better. Also, try and see what the boy’s family has to say about the situation. Sometimes the outcome turns out to be favourable and sometimes it is just not meant to be.

Now that both parties are done with the grieving and counselling, it is time to decide on what you are going to do about the pregnancy.

Your daughter decides to keep the baby.

Chill. Don’t panic. Sit down with your partner and discuss how the future is going to look like. Will the two of you be able to support your daughter and her child? Both of you should sit down and have a talk with your daughter about her future.

Search for schools for teenage mothers. You and your partner must be frank and let your daughter know about the finances, her plans for her future and your abilities to take care and support the new member. Your daughter needs to be fully aware and prepared for what is coming and how she is supposed to contribute to make things easier for both parties. You also need to check with the child’s father if he is ready to provide child support.

Your daughter decides to give up the baby for adoption.

If this is what she wants, then put her in touch with some good adoption agency. Now, adoption can be a long process and in the interim, your daughter would still be confused as to whether she is making the right decision. Be by her side. This is when she needs you the most.

Here, there are two mothers who have made different choices. Your daughter might feel that she is not being a good mother like you were. Reassure her and tell her that it is up to her what she wants for her child as only the mother knows what is best for her child.

Somethings that you need to keep in mind are:

Also Read:  Types Of Parenting Styles And Their Impact On Children

However, if the father wants to be a part of the child’s life, it should be respected. But if your daughter has already made up her mind, then see to it that there is no undue pressure from her boyfriend’s side to change her mind.

Your daughter opts for Abortion.

In a way, you might feel that it is a good option as it would allow your daughter to lead a normal life as a teenager and that she can always conceive later. And on the other hand, the idea of taking a life might not be easy to digest. This is the time you might feel that God’s plans don’t make sense at times.

So, let this be your daughter’s choice.

The process of abortion is also kind of complicated. Different countries have different laws. You need to be aware of those. Also, the child’s father needs to be made aware of your daughter’s choice.

Once the decision is made, it is expected that life might not be the same. There could be a lot of stress and emotional trauma involved. As parents, be right next to your child through her journey. Her life is going to be different. If she has decided not to keep the baby, then not only has she lost her child but might feel that she has lost a very important part of her soul. It will take some time for her life to be normal again.

Your lives as parents are bound to see a few changes. Try to move on. Do not keep thinking about it. It never helps. When you are trying to handle teenage pregnancy, you will find yourselves standing at crossroads in your lives and instead of giving into turmoil, give your child all the support she requires.

The truth is nobody knows how the whole thing will turn out. The best way is to accept the consequences of whatever decision your child makes and navigate through the situation in the best possible way.

Consider it as one of life’s lessons. Learn from it and grow. Try not being at odds with your daughter for this one thing.

As Nicholas Spark said- “What it is like to be a parent: It is one of the hardest things you will ever do but in exchange it teaches you the meaning of unconditional love”.